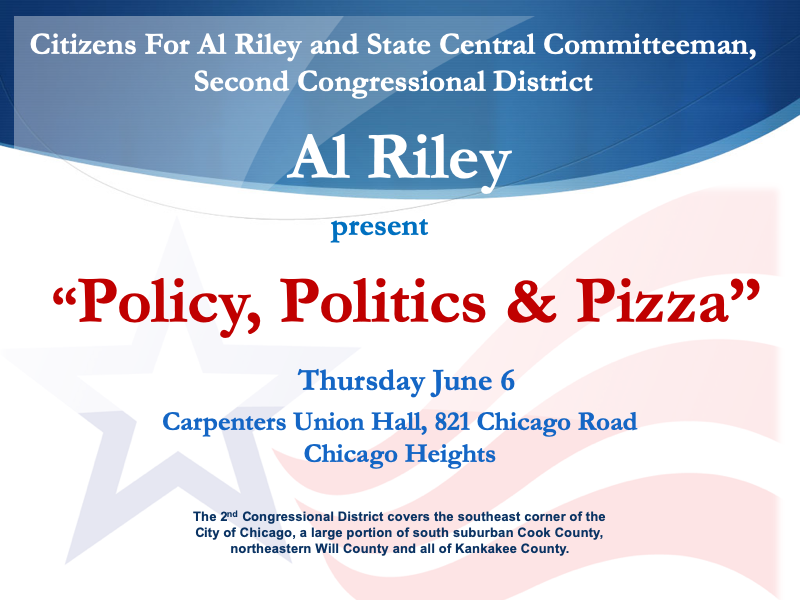 This is an updated and more detailed version of the End Of Session synopsis that came out in June.  Working with many of my General Assembly colleagues representing the southern suburbs, we developed and passed a budget which restored vital funding to public education, public safety and human services without raising a single penny of taxes, despite the disingenuous drone from those who would denigrate our state.

The new state budget which took into effect, July 1, 2018 creates a $15 million surplus that will be used to pay down old bills.  We also unanimously passed out of the House an additional $1 billion to pay down the Governor’s backlog of old bills.  Unfortunately, the backlog of bills was preventable had the Governor signed or even line item vetoed the three budgets that the General Assembly sent to him the last three years.  So, things are markedly improving as we attempt to reverse the damage that inaction has done.

If you need assistance with a state issue or would like a question answered about state issues affecting the Southland, please contact me at my constituent service office at (708) 799-4364 or email news@alriley.com to sign up for my email blasts.

For a PDF version of this legislative update, please click HERE. 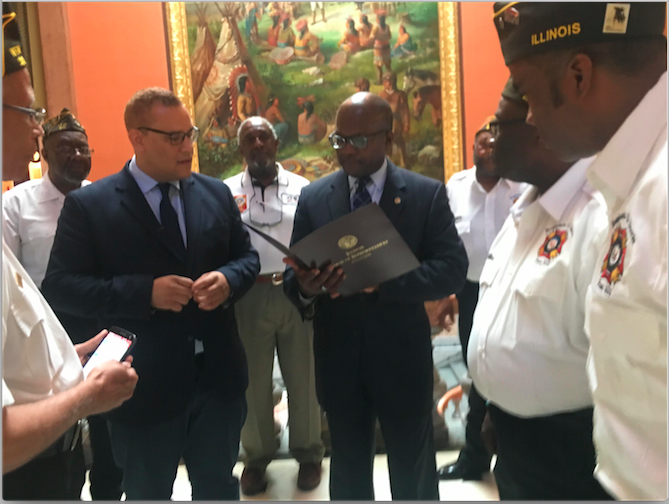 One of the most important goals for me in Springfield was to always ensure that the policy that we pass in the form of legislation is fair and equitable. This is both for the people of the 38th District primarily, but also for the rest of the state. This year, the General Assembly overrode the Governors’ veto and passed the first state budget in 2 ½ years; averting junk bond status. This budget fully funded our schools, restored funding for higher education, provided MAP grants for students, took care of the health needs of the most vulnerable among us, among myriad other things. We also appropriated 3 billion dollars less to do all of these things.

If you need assistance with a state issue or would like a question answered about state issues affecting the Southland, please contact me at my constituent service office at (708) 799-4364 or email news@alriley.com to sign up for my email blasts.

Access to government and those representatives that work on your behalf is what democracy is all about. The “Commons” is for everyone, not just for some. Anyone, anything or any ideology that would get in the way of your ability to govern yourself is anti-democracy. Your local elected officials are going to ensure that you continue that access from those of us who have dedicated ourselves to serve you, our constituents.

As the General Assembly works through overtime Session, I have returned to Springfield on a weekly basis to continue to fight for measures important to the district and to the Southland.  Helping our local units of government, assisting our great human services agencies that help our indigent and disabled residents, providing fair and equitable elementary and secondary education funding and building our local physical infrastructure.

It is really appalling, in my view, for the Governor to have brought up the specter of a “government shutdown” during this impasse.  No one else has used this term but the Governor.  We know the effects of this tactic as this engineered partisan ploy virtually paralyzed the Federal government just a few years ago.  House Democrats proposed a budget recently which basically was the FY2015 budget with about 150 million in cuts in it.  All of the vital areas which were not included in the Governors introduced budget were included like the Coordinated Care Program, child care assistance, autism program funding and so forth.

The other day, the Governor chose to summarily veto all 19 of our budget bills.   He could have used the power of the amendatory or line item veto to excise what he didn’t want included.  No.  He vetoed all of the budget bills.  He said the bill was “unbalanced”. Part of budget negotiations is to “balance” competing proposals.  Then, the Governor can sign a constitutional budget that will become law.  The Governors proposed budget was “unbalanced”.  That’s never talked about.  He had 2.2 billion dollars of so-called pension savings in his budget that could not be realized.  The Civic Federation, hardly a bastion of progressive thinking, lambasted the Governors’ plan as “unworkable”. (May 7, 2015 Crains – Chicago Business article)

The Governor’s proposed FY2016 budget focuses solely on cuts, many targeted at hurting middle class families and the working poor by cutting medical services for the elderly, the disabled and emergency shelters for homeless families and children.  The Governor’s administration initiated management steps to close state museums, prisons and other state facilities.

My office was notified that the Governor was to suspend many General Revenue Fund (GRF) programs on July 1st.  That means programs under Department of Commerce & Economic Opportunity (DCEO), Department of Natural Resources and other agencies will be in jeopardy.  For example, the South Suburban Major Crime Task Force was due to be cut early in the current budget process.  Local legislators put the program back in the 2015 budget and the General Assembly 2016 proposed budget.  However, the Governor has it on his cut list again.

Just so you know, these are some of the items that are in Governor Rauner’s introduced budget.

A local columnist asked whether he was trying to send the Southland a message.  If so, it’s a message we shouldn’t listen to.  This is a message of disdain and disrespect, not collaboration and equitable governance.  For example:

Property Tax Relief:
Don’t be fooled by that “property tax freeze”.  The individual taxpayer will not see much savings, if any, but your units of local government will have a hard time providing efficient services to you.  You would also lose much of their local control over your own affairs with this plan.  By the way, hidden like poison pills in that property tax bill were anti-collective bargaining and anti-worker language, which had nothing to do with property tax relief.  We stripped that anti-worker language out to have a pristine property tax bill and House Republicans voted “present” or “no”, virtually to a person.  Real property tax relief and changes in the way we fund education in this state is something that I worked on for years, as you know.  This concern is, and should be, non-partisan.  Many of my local colleagues have been there right with me in those efforts.  There are some who oppose this kind of funding equity which is part of the reason that these measures have not passed in the past.

For the many transit dependent riders in the Chicago region, they will be faced with service cuts and/or fare hikes.  Metra, PACE and the CTA testified in a Committee of the Whole this week that they will need to take necessary steps in order to make up for the nearly 40% cut in state funding.  Many transit dependent riders do not have any other options.  For many students going back and forth to their colleges, you will see a serious diminution of service.  I was the Chief Sponsor of legislation to help keep the CTA, Metra and PACE running without any interruptions.   House Bill 2685 would extend the RTA’s ability to issue bonds from 2016 to 2018 and would allow the RTA to manage short-term debt for operations.  The bill is on its way to the Governor’s office.  I encourage you to call the Governor’s office at (312) 814-2121 and tell him to sign HB2685.

Community Care Program:
One of the cuts the Governor has proposed is funding for the Department on Aging’s Community Care Program (CCP).  The CCP provides a range of in-home services to enable seniors age 60 and over to live at home with dignity and independence. CCP saves the state money by reducing the need for expensive nursing home care.  Nearly 40% of the seniors who rely on the Community Care Program in the 38th District will be impacted by the budget cuts.

Since discussions have slowed down to a crawl, the Governor has proposed additional administrative steps to move forward with a shutdown of state government.  We voted on a one month budget this week to help vital services open for our most vulnerable populations and to ensure funding for public safety officers.  However, that measure was voted down with no Republicans voting for the bill.

At this present time, Overtime Session is going to convene, Wednesday, July 8. I am on my way down to Springfield as we send this out. We are going to re-run the one month budget. Vital services depended by so many people hangs in the balance. We are not anticipating any yes votes by the Republican Caucus. We are trying to pass this on a purely partisan role call. Hopefully, we will have all our members in attendance today.

You may have heard some news reports basically trying to stir up some controversy; that some Democratic members are not present. Most of the members have been in attendance during Overtime Session. However, we have a number of members that are seriously ill. The fact that this has not reported until recently does these members and the Democratic caucus – indeed the entire House, a disservice.

There is so much more to tell.  As overtime session continues, I will be sending legislative updates regarding what is happening in Springfield.   Our work is not done.  I will continue to fight for the 38th District and for working class families across our state.