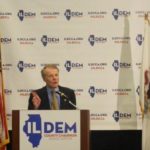 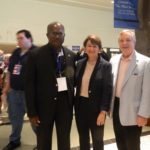 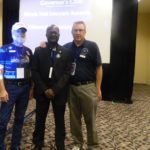 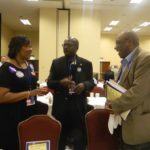 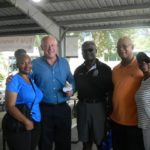 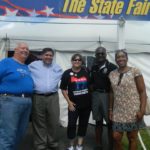 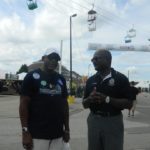 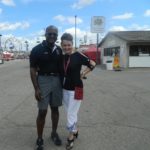 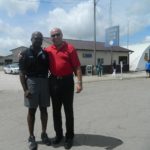 On Thursday, Representative Riley joined about 2,000 elected officials, activists, volunteers and Democratic voters in Springfield as we attended the Illinois Democratic County Chairmen’s Association Annual Brunch at the Crowne Plaza.

Members of the Citizens For Al Riley campaign and the great Kankakee Democratic Organization joined his table. U.S. Senator Amy Klobuchar gave a great key note speech as well as our Democratic constitutional officers and all the gubernatorial candidates.

Afterwards, Representative Riley and members of his campaign committee made their way to the State Fair. They went by the Democratic Party of Illinois tent, then made their pilgrimage to the Dairy Pavilion and the Butter Cow. They saw so many great people and supporters from all over the state.  Some fair food and beverages included:  a pork chop on a stick, a Goose Island 312 (in a can), and lemonade shakeup (that one of his board members spilled) and of course a box of taffy for the ride home. Alas, no funnel cake or corn dog for Representative Riley. Maybe next year. An important, but fun time for all of us.