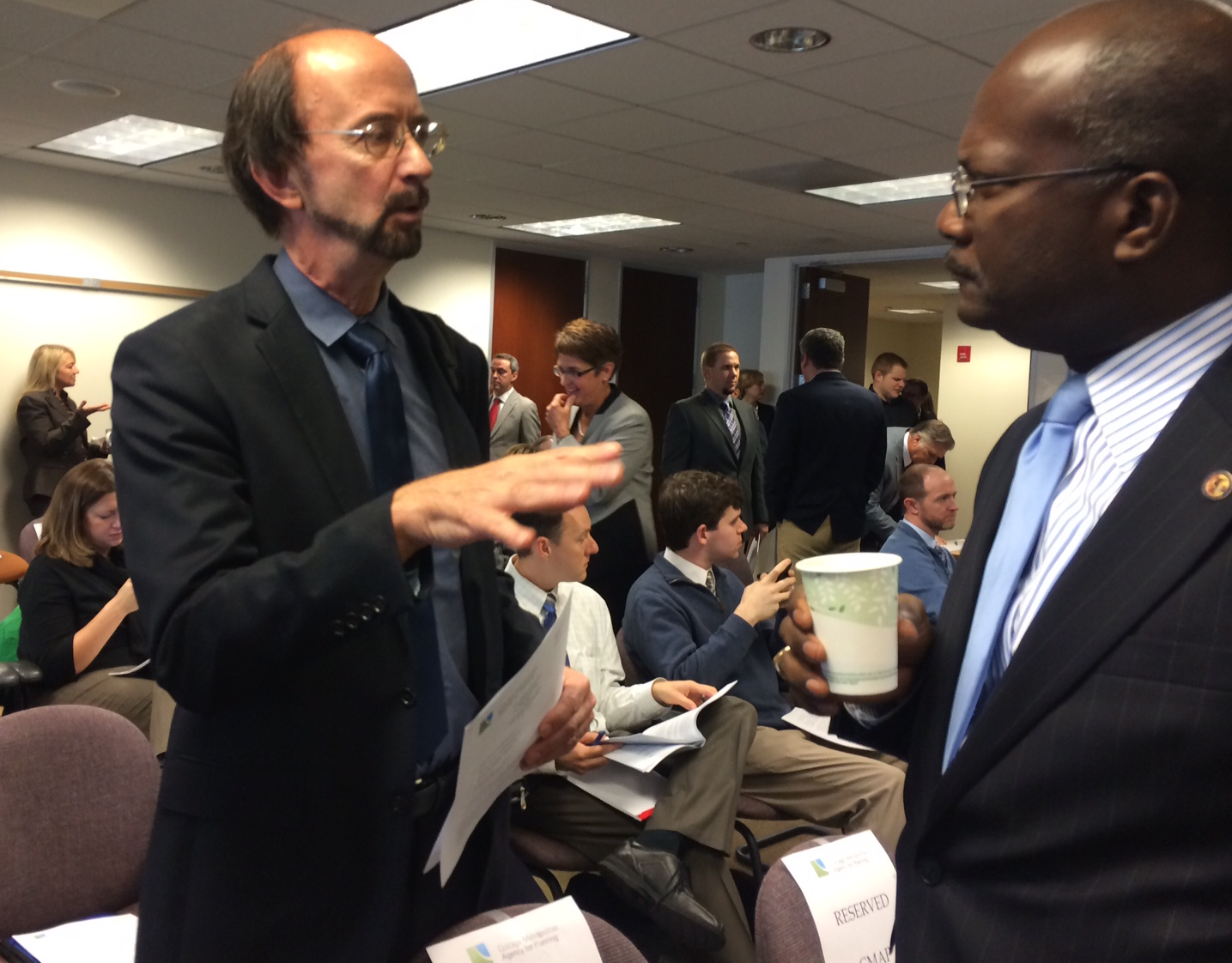 
A key Chicago-area planning agency on Thursday agreed to keep the Illiana Tollway as part of the region’s long-range transportation plan despite strong opposition that it would be an overly costly “road to nowhere.”

As it did last year, the Metropolitan Planning Organization’s Policy Committee rejected opponents’ arguments and voted to keep the tollway in the updated Go To 2040 plan, which outlines about $360 billion in land use and transportation spending between now and 2040 in northeast Illinois.

The committee’s 12-6 vote doesn’t necessarily guarantee that the 47-mile toll road will be built, but it “gives us a chance to go to market” to find private investors willing to help pay for and maintain the road, state Sen. Toi Hutchison, D-Olympia Fields, said following the vote.

The MPO policy committee, which must approve the use of federal funds for transportation projects in the seven-county region, consists of the chiefs of the mass transit agencies and the county board chairmen.

Thursday’s vote was a day after board members of the Chicago Metropolitan Agency for Planning rejected keeping the Illiana Tollway in the update of the Go To 2040 blueprint. Under state law, CMAP oversees land use and transportation planning in the region.

The proposed tollway would link Interstate 55 near Wilmington with I-65 near Lowell, Indiana, at an estimated cost of about $1.3 billion. The plan is to establish a public-private partnership to build and operate the tollway, with toll income paying off the long-term debt.

The MPO Policy Committee heard from opponents and supporters of the project before Thursday’s voting.

State Rep. Al Riley, D-Olympia Fields, said the project had cleared numerous hurdles during an extensive vetting process and questioned why it still was under attack.

“Everything made sense throughout the entire process,” Riley said of the benefits and need for the road, which would help a “heretofore neglected part of the (Chicago) region.”

Illiana supporters have stressed that an alternate highway is needed because of the rapidly rising truck volume in and out of Will County’s large intermodal centers, where cargo is transferred from truck to train and vice versa.

Along with the South Suburban Airport, the new toll road would “enable us to continue the strong economic revitalization of our region,” Reggie Greenwood, director of economic development with the Chicago Southland Economic Development Corp., told the MPO committee.

Opponents have said there’s no need for the tollway and it will get little use because its tolls will have to be expensive to try to pay off the financing debt. They also cite what they see as its negative impact on the environment.

Erica Dodt, with the Sierra Club, noted that the Illiana would result in the loss of about 2,600 acres of prime farmland and described the project as a “high-cost and destructive road to nowhere.”

Lois Arms, a Park Forest resident who also has been a vocal opponent of the airport near Peotone, said building another tollway would only worsen carbon dioxide emissions from vehicles traveling on it. She told committee members “you can strike a blow against climate change with your vote.”

Another Southland resident, Benjamin Armstrong, decried the poor condition of existing roads in the region, which he said should get attention “before you build a gold-plated road only the rich will use.”

But Nick Palmer, chief of staff to Will County Executive Larry Walsh, said building the tollway “will contribute to our regional and state economy. Saying it’s a road to nowhere doesn’t move the region or the state forward.”

Before its vote to keep the tollway in the updated 2040 plan, the MPO committee defeated by a 10-8 vote an attempt to remove the project from the long-range plan.

Committee member Elliott Hartstein, representing CMAP, questioned how much the Illiana would alleviate traffic congestion and whether taxpayers would be stuck shouldering much of the cost if toll revenue doesn’t live up to expectations. CMAP has estimated the potential cost to the state at $1 billion.

But other committee members had no such doubts. Commenting on the traffic congestion he experiences on I-80 through the Southland, committee member Jeffrey Schielke, the mayor of Batavia, called the Illiana “a road whose time has come.”

After the voting, Hutchison was critical of what she called a “very Chicago-centric view of regional planning that doesn’t include the southern part of the region. Most of the opposition comes from people who don’t live anywhere near the project.”