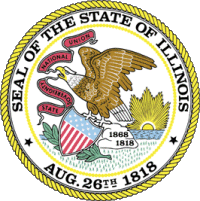 “Not only should Metra be required to justify fare increases, they must allow the Legislature to examine the implications of those plans,” Riley said. “As families struggle to make ends meet, we must work to keep public transportation options reliable and affordable.”

In addition to a public hearing that Metra must convene before it submits its proposed budget to the Regional Transportation Authority (RTA), House Bill 2453 requires Metra to appear before the House Mass Transit Committee and the Senate Transportation Committee regarding any planned fare hikes. The legislation, which now moves to the Senate for consideration, furthers the public’s ability to scrutinize fare increases. Currently, before Metra can submit its proposed budget, financial plan and five-year capital plan to the RTA, the suburban transit agency is required to hold just one public hearing in each of the counties impacted by the plan.

“South Suburban taxpayers paid $25 million to Metra in 2011 alone and also pay substantial fares to ride the system,” Riley added. “Metra must be more transparent with their fiscal and operational policies, and make an effort to share them with the riding public.”

Foes of Unions Try Their Luck in County Laws