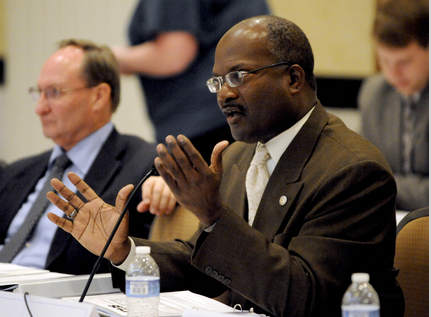 Metra launched a massive customer service survey Monday as it conceded under legislative grilling that only 30 percent of Metra trains were on time during the extreme cold that gripped the Chicago area Jan. 6-7.

At least 85,000 riders who get Metra email service alerts should be receiving the survey, officials said Monday. Others can go to www.metrarail.com to fill out the “Customer Communication Survey” which asks, among other things, how Metra can improve “customer communications” — a top beef of those who weathered bone-chilling cold during the Metra delays last month.

Orseno said he wasn’t there to “offer excuses,’’ but insisted that, despite preparing for the storm for days, Metra couldn’t quickly combat frozen train doors or ice that clogged switches.

The only specific changes he mentioned to tackle future “Chiberias” is an enhanced train tracker system and a switch from jet fuel to diesel for its snowblowers to reduce the chance that fuel delivery pumps will freeze during subzero temperatures.

State Rep David Harris, R-Arlington Heights, indicated the incident has shaken some confidence in the system.

“There’s a sense from my constituency that the system is not working as well as it did. It used to be you could set your clock [by Metra]. . . . You can no longer make that statement.’’

Several lawmakers said Metra needs to be prepared to handle severe cold and bristled at Orseno’s reference to severe problems in Indiana and other locations.

“I don’t give a damn about Indiana or New York,” said state Rep. Al Riley, D-Olympia Fields, the committee chair. “None of our people rode those systems.”

State Rep. Ron Sandack, R-Downers Grove, said he didn’t hear a lot of new solutions, but he did hear “a lot of explanations’’ during the Committee hearing. Said Sandack, who was hosting another hearing Monday night in Naperville on Metra delays, “I’m looking for ways to avoid this in the future, because we know we’re going to have arctic blasts.’’

However, state Rep. Jeanne Ives, R-Wheaton, offered more confidence in Metra, saying that given a choice between roads and rails during a storm “I’d trust the railways.”

Also Monday, newly-tapped RTA executive director Leanne Redden was asked to comment on the RTA’s decision to given all RTA workers sensitivity training after two senior executives were accused of making sexually and racially inappropriate comments. When she officially becomes acting executive director March 1, Redden said, “I will not stand for that kind of behavior.’’