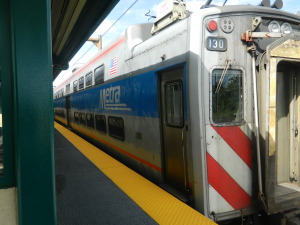 The so-called Clifford clause is part of a broader bill containing several reforms intended to strengthen oversight of the CTA, Metra and Pace and provide more accountability of those agencies, according to legislators.

The legislation would give more teeth to the Regional Transportation Authority, which critics contend lacks enough power to ride herd over the agencies.

State Rep. Michael Tryon, R-Crystal Lake, a chief co-sponsor, said the bill is needed to “rebuild the trust” of transit users and taxpayers dismayed by the Clifford episode. Gov. Pat Quinn supports the measure, known as Senate Bill 3056, and intends to sign it, a spokesman said.

In what legislators called a major step toward transparency, the bill creates a website to be run by the RTA that would contain a database of transit agency employees’ salaries. It also would list all contracts worth more than $10,000 awarded by the agencies and who gets them.

The bill requires the CTA, Metra and Pace to give the RTA real-time access to their financial information. Currently, the agencies have 30 days to report this data.

The bill contains a “revolving door” prohibition, preventing transit agency board members from engaging in business dealings or employment with any of the agencies during their term of office or for one year after leaving.

If the bill had been in place last year, the Clifford furor could have been mitigated, said Jordan Matyas, the RTA’s chief of staff. “If the RTA had been told about the Clifford settlement in advance, the (RTA) board would have weighed in,” Matyas said.

Clifford left Metra last June under a storm of controversy after securing a six-figure severance when he threatened to file a whistleblower lawsuit alleging political patronage. The deal and its secrecy provisions became a lightning rod for criticism and was quickly labeled “hush money.”

Clifford’s allegations stirred turmoil that resulted in wholesale changes on Metra’s board and resonated all the way to Springfield. Quinn responded by naming a blue-ribbon task force, which called for overhauling the mass transit system.

The panel’s most far-reaching recommendation called for setting up a new superagency to oversee the entire six-county area and replace the RTA, along with the boards of the CTA, Metra and Pace. The task force’s 94-page report was supposed to guide Springfield, but no legislation emerged this past session acting on any of its recommendations.

Clifford, meanwhile, landed a new job last month as CEO and general manager of Santa Cruz, Calif.-based Metropolitan Transit District. His new salary is expected to reduce somewhat the size of his payout from Metra.

Although the legislation gives the RTA the authority to review future severance agreements, it doesn’t grant the power to veto any deals. The RTA board gets a 14-day review period, after which any agreement “shall be considered reviewed,” according to the bill.

Legislators said they believed that holding such agreements up to scrutiny would accomplish the goal of preventing abuses.

“The concept of (a) 14-day review period will not by itself save the world,” but will help catch any abuses in advance, said state Sen. Daniel Biss, D-Evanston. “It will give decision-makers some pause.”

The legislation also calls for “geographic equity” in the planning and delivery of new transportation projects.

Rep. Al Riley, D-Olympia Fields, said he added the words to help ensure no parts of the six-county region are excluded, a practice that he contends has occurred in south Cook County.

“That wasn’t a coincidence, that was a policy. Geographic equity should permeate throughout this legislation.”