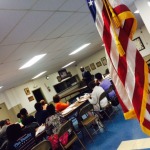 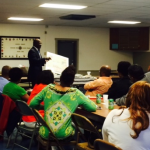 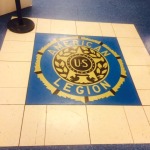 Speaking before the Hazel Crest “A” Team, lead by Village President Vernard Alsberry, Jr.  Provided a legislative update regarding infrastucture investments in the region which include: the South Suburban Airport, Illiana Expressway, 57/294 Interchange, highway improvements and intermodal investments.  Also spoke about the the lack of transit service from the CTA in the region.